STRATEGIC RIVALRIES IN EAST ASIA HAVE IMPLICATIONS FOR THE WHOLE WORLD 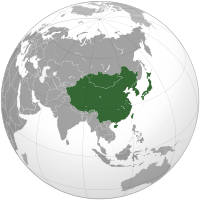 I was in the Far East recently doing some work in Singapore on behalf of IFSC Ireland.
It is a part of the world, like Europe, where a sudden bad political development could easily over turn good economic potential.
The approach China is taking to oil exploration in the South China Sea, claiming the whole of the sea for itself, is deeply troubling to its neighbours. We see this in the riots in Vietnam in the past few days. There is, unfortunately, no agreement to jointly exploit the resources under the South China Sea, and that is a continuing source of tension, and is leading to an expensive arms race.
Internal economic problems can often lead to external aggressiveness, as a means of distraction, as we have seen in  the case of Russia.
Many of the players in Asia, notably China, Japan and South Korea, despite their rapid recent growth, have internal problems arising from rising income expectations, indebtedness, and ageing.
Wage inflation in China is running at 18%, which will have a long term effect on its competitiveness. Its banking system has many non performing loans.
Japanese corporations are heavily in debt. The Japanese Government has a debt/GDP ratio of over 200%. Japan is one of the most elderly societies in the world, but is reluctant to allow immigration.
A rise in international interest rate would aggravate all these vulnerabilities. Such a rise will eventually happen.
Meanwhile North Korea, with its nuclear arsenal, remains an existential threat to all in the region.
Conflict in East Asia could have disastrous implications for the world economy, because it would disrupt the complex, interdependent, and fragile multinational supply chains on which global manufacturing is now based.
Meanwhile, China and the United States are pursuing competing agendas. Each would like to incorporate East Asian countries into rival economic blocs.
The US sponsored proposed Trans Pacific Partnership does not include China, but China is offering an alternative, less demanding, trade deal to its Asian neighbours. The choice is important.
If Senate Democrats continue to deny President Obama the authority to negotiate trade deals, on which the Senate agrees to vote on as a single package rather than pick apart, there has to be a possibility than the Chinese approach will win out.
This would bring about a significant shift in the global balance of power.