Category: battlefields of the Somme

In battlefields of the Somme, Great War, Guillemont memorial 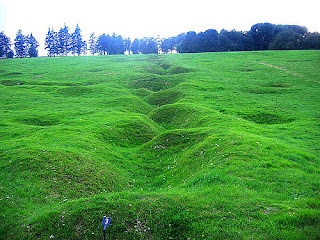 .
During the First World War a number of battles were fought in this area, but the most important of these commenced on 1 July 1916 with a joint Franco-British offensive, and lasted until November 1916.
50,000 French soldiers were killed, 95,000 British and Commonwealth soldiers, and 164,000 Germans.
Despite their heavy casualties the Allies gained only a dozen square miles of territory, but they did inflict proportionately more casualties on the Germans, than they suffered themselves.
Although launched to make a big breakthrough, the Allied offensive became a battle of attrition, wearing out German resources of men and material, and in that it was partially successful. The offensive on the Somme tied up German troops, relieving pressure elsewhere, notably on the French at Verdun, and on Russia in the East.
Artillery fire was more devastating than face to face combat. Artillery accounted for 58% of all casualties, rifle and machine gun fire for 39%, and bayonets for just 0.3%.
A large number of the 49,000 Irish who died in the Great War did so at the Somme.
One of those who died there, in September 1916 was Tom Kettle, an officer in the Royal Dublin Fusiliers, who was Professor of Economics in UCD, and had served as an Irish party MP for East Tyrone. He had written, shortly before his death
“I am calm and happy, but desperately anxious to live. If I live I mean to spend the rest of my life working for perpetual peace. I have seen war, and faced modern artillery, and I know what an outrage it is against simple men”
A colleague wrote of him to his wife after his death
“He died for Ireland and for Europe”.
The battlefields today are sparsely populated, open, rolling countryside. Apart from the memorials, and the rows of white and grey crosses, it is hard to believe that the area could ever have been a place of industrial scale slaughter. 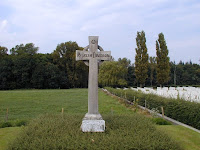 I visited the modest memorial in Guillemont to the 16th Irish Division, in which Tom Kettle served. Although almost all those who served in that division were from what is now the Republic of Ireland, all the poppy wreaths I saw there had been laid by groups from Northern Ireland.
I also saw the much larger Ulster Tower, which commemorates the 36th Ulster Division, many of whose members had been drawn from the Unionist Ulster Volunteers, and visited the Newfoundland trenches, from which the Newfoundland Regiment launched an attack on the first day of the battle , in which almost every soldier died.
If anyone still needs convincing that we need institutions in place to maintain unity and peace in Europe, he or she should visit the Somme.