CAN THE FORCED MARCH TOWARDS BREXIT BE STOPPED? 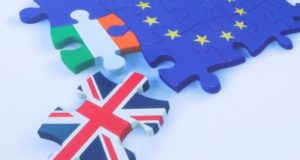 Can the forced march, towards a hard and deeply disruptive Brexit, be stopped?

Part of the difficulty with the Brexit crisis is that the two sides are approaching the negotiation with radically different assumptions.

For the UK government, it is a purely political exercise. This explains why the UK government is setting out its negotiating position, to the extent that it has one, in political speeches and briefings. It is as if the whole thing was a PR exercise. Thus UK leaders are attracted to ambiguous political buzz words like “bespoke solutions”, “frictionless borders” and “imaginative thinking”

For the EU side, things are very different.  For the EU, the issue is a legal one, where understandings reached with the UK must be converted into legal texts, which will be watertight, and able to stand scrutiny in the European Parliament, and in Ministries of all 27  EU states. The EU will insist that precedents not be created for the UK, that would lead to similar demands either from existing or from prospective new, EU member states

The EU sees the European Treaties, which the UK signed 40 years ago, as a contract between nations. The EU sees them as similar to a contract between private parties. Withdrawing unilaterally from a private contract is not something you can do for free, especially if the other parties to the contract undertook costs expecting you would keep your side of the contract. In private business, the party unilaterally pulling out of contract would be the one offering compensation.

The UK does not see it this way at all. It sees the EU as a sort of club, where one can just decide not to renew one’s subscription and leave. The UK sees things like this because the nature of the EU, and of the political obligations the UK undertook when it joined it, have never been explained to the British public by British politicians.

Any country wishing to join the EU, and there are numerous candidates, is told, at the outset of the negotiation, that it must bring all its relevant legislation, including its customs rules, into full compliance with the EU “acquis”. So a precedent, that granted exceptions from this, to a country that was voluntarily leaving the EU, would undermine the EU position in future enlargement negotiations.

The UK approach to the issue of the border in Ireland illustrates the UK’s superficial understanding of the EU Customs Code, even though the UK had a hand in drafting it. For example, some in the UK think one can comply with the code, simply by checking electronically the number plates of goods vehicles crossing the border.

As I understand it, the Code requires that a sample (2/3%) of goods, crossing into the EU Customs Union, must be physically examined.  Whether this happens at the exact geographic border, or some miles away at a depot, the effect will be highly disruptive.

Many cargoes will contain a mixture of components, from different countries to which different rates of EU tariff may apply, so these cargoes of mixed goods will have to be checked.

Food imports to the EU will have to be examined with particular care, to see that they comply fully with EU rules in regard to pesticide residues, additives, GMOs and hygiene. Food safety is a highly sensitive issue politically.  Even if the UK, once it has left the EU, has the same, or similar, rules on food safety, it will no longer be subject to EU enforcement of these rules within the UK.

So the EU will have to check UK originating goods rigorously for itself, on its own territory. “Good faith” will not be enough, because the EU writ will no longer run in the UK.

The tragedy of what is happening on Brexit is that it is an abandonment of a fundamental UK constitutional principle, which is the ultimate sovereignty of Parliament.

Now that is gone.

A referendum decision, taken without a full understanding of what a “Leave” vote meant, is being deemed by both major Party leaders in Westminster, as holding Parliament in a vice like grip.

MPs are no longer free. They will be presented with a fait accompli, and told by the two leaders, on pain of deselection, that they may not reopen the referendum decision.

The only place in which this fateful march towards disaster can be stopped is in Westminster itself. It cannot be stopped in Dublin or in Brussels.

Here the politicians of Northern Ireland bear a heavy responsibility, on which they will be judged by history.

Brexit changes the constitutional status of Northern Ireland, without the consent of its people. But the politicians that Northern Ireland voters elected to Westminster, either refuse to take their seats, or back Brexit uncritically, in defiance of the balance of opinion in Northern Ireland.

There is no voice or vote in Westminster for the majority of Northern voters who voted to remain.

If Sinn Fein took their seats in Westminster they could change the dynamic of Brexit  and of the future these islands for generation to come. This is what Irish Nationalist MPs were able to do in 1910.

Just as today’s historians still debate who did what, between 1910 and 1922, similar questions will be asked for years to come about who rose to their responsibilities on Brexit in 2018 and 2019.

Do Sinn Fein MPs really want to be asked, in twenty year’s time,

“Where were you in 2018, when Westminster broke its word, and voted to reimpose a border in Ireland, because it insisted on leaving the EU Customs Union?”

and to have to answer,

“I was sitting at home, because my principles would not allow me to use the vote that I had”.?

The welfare of the people of this whole island, at this critical moment in history, is at stake.

That should prompt rexamination of republican abstentionist doctrine. Of course this is not easy. But  the policy has  been changed before, for arguably far less immediately important reasons.

HUGE CHANGES WILL OCCUR IN THE NEXT TWENTY YEARS

CENTENARY OF THE DEATH OF JOHN REDMOND…..6 MARCH