CAMERONS RENEGOTIATION WILL NOT BE EASY 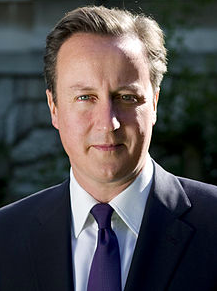 The British Governments plan to renegotiate the terms of its membership of the EU do not come at a good time. The EU is tackling the possibility of Greece leaving the euro, and Ukraine going bankrupt while simultaneously being dismantled by force by Russia
Now, while doing all that, the EU has also to address itself to a, yet to be revealed, British renegotiation agenda. It is likely that this agenda, to some extent, will be shaped around David Cameron’s assessment of what he has a good chance of being conceded.  He is touring EU capitals to find that out. That is a sensible and pragmatic approach on his part.
What he gets will probably not satisfy the 100 or so Tory MPs who simply want the UK to leave the EU. And with a majority of only 12, David Cameron cannot ignore these MPs.  Other EU leaders will have to judge how close they should go to their bottom line, just to satisfy opinion in a country which may  leave the EU  anyway.
There is one issue on which David Cameron’s demands are already very explicit and clear…the rights of recent EU immigrants living in the UK. This may, or may not, include Irish immigrants living in Britain, but I expect it could be difficult in EU law for Britain, inside the EU, to discriminate in favour of the Irish against other EU nationals
The Conservative Manifesto could not be clearer on the position of recent immigrants from other EU countries. It says that
“If (EU) jobseekers have not found a job within 6 months, they will be required to leave “ .
This seems to be in direct conflict with Article 20 of the EU Treaty which gives EU citizens a right to “move and reside freely within the territory of (other) member states”.
Furthermore, the Manifesto recalls that the Government  has  already banned housing benefit for EU immigrants, and goes on to say
“We will insist that EU migrants who want to claim tax credit and child benefit must have lived here for five years”.
This seems in flat contradiction of Article 45 of the EU Treaty which requires
“the abolition of any discrimination based on nationality between workers as regards employment, remuneration, and other conditions of employment.”
Tax credits are a form of negative income tax. If discrimination in respect of tax credits were to be permitted, it would become impossible, within the EU, to resist a proposal to apply different income tax rates, or different tax free allowances, to people of different EU nationalities.
The irony of the UK Governments position is that they want a stronger Single Market, with greater freedom to sell goods and services, and move capital, across boundaries within the EU. But they wish to resist the freedom of movement of workers across EU boundaries ! This will be seen by many in the rest of the EU as ideologically biased, as well as discriminatory.
Angela Merkel, a politician who always looks for hard evidence, will be interested to discover that, between 2005 and 2014, only 33% of immigrants to the UK came from other EU countries, like Ireland. Only 2.5% of all benefit claimants in the UK originate from other EU countries, and EU immigrants to the UK are only half as likely, as native UK subjects, to claim benefit.
Another knotty question, within the UK itself, will be the position of the devolved governments in Scotland , Northern Ireland and Wales.
For example, given their electoral support level, how can David Cameron exclude the Scottish Nationalists from the UK negotiating team?  Offering to include them could be good politics. Excluding them from the negotiating team, if they requested a place, would make a Scottish exit from the UK more likely
A UK demand  is likely to be the repatriation of more powers, from Brussels to the 28 member parliaments, including Westminster. The difficulty here is that a comprehensive “Competence Review” by the  UK Foreign Office, across the whole range of EU powers, failed to come up with  many concrete suggestions for powers that ought to be repatriated.
The UK may also demand a “red card “ system, whereby EU laws, already approved  in the Council of Ministers and the European Parliament ,where the UK is already well represented in both, could be derailed  by vetoes from a number of national parliaments. This would prolong and delay, the already laborious, process of EU law making.
It would also run directly counter to another UK demand, for completion of the EU Single market. For example, the outstanding matters of creating a Single market in Digital Services, in Energy, and in Capital for lending, all in the UK’s interests, require more new EU laws,  not less.
The unintended often happens in politics.
The proposed “red card” would, I believe, be more likely to be used by other EU states  to block things the UK wants, than the other way around.
These difficulties all suggest that David Cameron should seek to reframe the entire negotiation, both in the way he presents it at home, and in the rest of the EU.
Rather than looking for exceptions for the UK, he should emphasise Britain’s capacity to take the lead in  the EU in clearing away barriers to economic growth across all of Europe, a stance that would play to his country’s strength, and would  put others on the back foot.
Print Entry