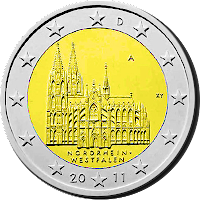 I see that the German Bundesbank has criticised Ireland and other countries for running large balance of payments deficits over the years. Countries that are developing rapidly, as Ireland was from 1994 on , have a potentially good reason to run a payments deficit, because they need to import machinery and capital to build a bigger productive infrastructure to support a bigger economy.
There is a problem only when the imported money is used to buy things that do not build future earning capacity. From 2002 on, Ireland started to make that mistake. It borrowed money from abroad to invest in second homes and other luxuries, that were not likely to yield a future income that could service the debt incurred to buy them. That was not tackled by the Irish authorities or by most of its economics profession.
I would suggest that the Bundesbank should not criticise balance of payments deficits as such because ,if Germany is to continue its policy of running huge balance of payments surpluses, it needs someone else to run a deficit somewhere to balance off the German surplus.
German commentators also need to recognise the risks of being a country with a big surplus. Having a big surplus of cash can lead one to make foolish investment decisions, as many German banks did when they bought the bonds of countries whose deficits they now criticise so much. Both lender and borrower have a responsibility if a foolish lending decision is made .
That said, I think the economists who are demanding that the German Government stimulate its economy by encouraging more private spending should ask themselves how to reconcile this with two major concerns of the present time
The ageing of western societies and
Climate change
Given that the cost of pensions and healthcare will rise as German society ages, it makes sense for Germany to accumulate surplus cash to meet these costs. Those who ask that Germany spend and import more need to come up with an answer to that.
More spending means more carbon emissions. If Germans save, they emit less. The debate about economics and the debate about climate need to be joined up. At present the two subjects are treated as if they had nothing to do with one another.
Print Entry

Religion and the Economy