In unemployment in Ireland 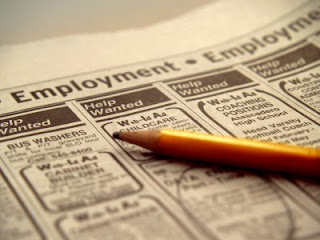 90% of parents who are rearing children on their own are women, and average pay of women in the Irish workforce is below that of men.  This is despite the fact that more young women than men are likely to have a third level qualification.
The Irish Central Statistics Office published an interesting statistical analysis of differences between men and women in 2011.
Irish boys are 50% more likely to leave school without a qualification, than Irish girls are -12% of boys do so, as against 8% of girls.
But only in the Czech Republic, Slovakia and Bulgaria do girls outnumber boys among early school leavers.
The unemployment rate for men in 2011 was 17.5% in Ireland, as against 10.4% for women.
Ireland is unusual in this respect. Only Lithuania and Latvia had a similarly large gap between male and female rates of unemployment.
Since the recession began, there has been triple the rate of growth in male, as in female unemployment in Ireland, which is most unusual in European terms.
The higher unemployment rate for men is probably  linked to the  fact that , in the 25 to 34 age group, 50% of Irish women have a third level qualification, whereas 40% of Irish men in that age group do.
It is also probably linked to the disproportionate size of the construction sector in Ireland during the  boom. But Spain had a similar construction boom, without this difference between male and female unemployment rates arising.
In Ireland, men are more likely to go to gaol than women. Although Ireland’s rate of imprisonment is only one seventh that in the United States of America, it three times that of India.
In Ireland, eight times as many males are in prison as females. This is because males are more likely to commit the sort of crime that attracts terms of imprisonment, but also, to the extent that environmental factors induce criminality, it suggests that young men face a more difficult environment.
This is probably linked to the fact that Irish boys tend to leave school earlier, and with poorer qualifications, than Irish girls,  but there are bound to be other explanations as well.
Boys and girls are different.
The onset of puberty comes two years earlier to girls, at 11 years of age, than it does to boys which is at 13 years of age. I have been told that that process of puberty inhibits educational development for a whole year in each case.
But a setback in education may be a lot less disruptive in our current educational system at the age of 11, than it is at the age of 13, which is the age at which some boys may begin to  contemplate dropping out of education altogether, with disastrous consequences for their long term earning ability.  I do not know if this has any link to the fact that males are three times as likely to be killed in road accidents as females.
These issues deserve to be studied.
Print Entry