Book Review for the Irish Independent 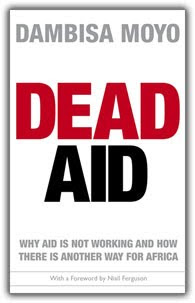 These two books, published in close succession, attempt to debunk the case for the present pattern of aid to the poorer countries of the world by both the citizens and the Governments of the wealthier countries. Linda Polman, a Dutch journalist, attacks humanitarian assistance given to refugees from war and Dambisa Moyo, a Zambian economist, focuses on the negative effects of longer tern development aid.

Polman’s case is that much of the help given to war refugees prolongs the wars from which they are fleeing. She cites the camps set up in the Congo for the Hutu refugees from Rwanda, many of whom had themselves participated in genocide in the country from which they had fled. The camps, she says, were used a base for regrouping by the Hutu fighters and this prolonged and aggravated the huge war that developed in that part of Africa . She also claims that the civil war in Nigeria was prolonged by the humanitarian help given in the breakaway state of Biafra. One might also ask if the prolonged Israeli occupation of the West Bank and Gaza has not been unintentionally facilitated by humanitarian assistance.

She says that aid agencies are frenetically competing with one another for the funds of a fickle public, and prioitize the search for harrowing television images over the careful examination of the longer term effects of what they are doing .

She favours a code of ethics to govern the activities of all organisations that give humanitarian aid in war time, which seems a reasonable proposal. But she dodges any attempt at the difficult task of outlining what such a code would say.

Dmbisa Moyo’s concern is with the effects of development aid given to her native continent of Africa. She claims that aid facilitates corruption, encourages rent seeking behaviour, siphons away scarce local talent from more productive activity, and removes pressure to reform inefficient government systems. Aid has come to provide 75% of the revenue of some African Governments and that this has distorted the local economy in the same way that oil revenues distorted the Dutch economy by artificially enlarging the influence of Government in social and economic activity.

She argues in favour one off infrastructure projects in Africa to help get African goods onto world markets and against support for recurrent expenditure on things like health and education.

Now that the world economy is changing, and African growth rates are beginning to outstrip those in Europe and North America, the problems that both books address may begin to solve themselves. Africans may be better able to help themselves, and the “West” may be fully preoccupied with its own problems. Moyo makes a strong case for opening up Western markets to African exports, and suggests that would be more beneficial than aid, some of which she shows to be doing real harm to Africa’s capacity to develop itself .

Both books deserve a reasoned response from aid organisations in Ireland and elsewhere.

From the Abbey to Zagreb