AUSTRIA, A SMALL COUNTRY, WITH A BIG HISTORY.

In “Concise History of Austria”, Austria 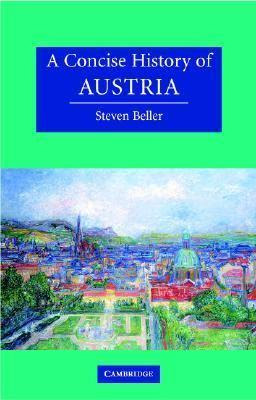 Steven Beller’s   “Concise History of Austria” , which is one of the  Cambridge series of  concise histories of several countries, ranging from Bolivia to Portugal.
Steven Beller is an Austrian writer, who lives in the United States.
He shows how Austria’s history and identity is inextricably tied up with the history of the Hapsburg Imperial house, which aspired at one time to establish a universal monarchy of the known world.
In this sense, Austrian history is the history of an ideal, as much as of a country.
The Austrian Empire, which lasted for hundreds of years, was a multinational one , containing almost as many distinct nationalities as are now in the European Union.
It aspired at times to treat all these nationalities equally, and one of its proposed constitutions proclaimed all nationalities equal and all citizens to be equal before the law.  But that goal was never attained.
The German speaking Austrians, and the Magyar speaking Hungarians, were the dominant groups in the respective sections of the Empire. The Empire finally broke up in the aftermath of the First World War, because other nationalities, notably the Czechs and Poles, wanted their own states.
After the War, Austria became a small country, but with a capital built for an empire. It presided over part of the German speaking remnant of the Habsburg dominions, the rest being   left in Czechoslovakia, Italy, Romania and Poland.
Many Austrians aspired to be part of a Greater Germany , but some, notably Catholic  inspired politicians, wanted to preserve their new state’s independence,  because it  was  easier in that context to give expression to Catholic political values and because the Nazis pushed an aggressively anti clerical agenda.
Steven Beller explores the development of anti Semitism in Austria.
Hitler was an Austrian. Although Austria itself  only came under Nazi rule in 1938, Beller claims that there were a disproportionate number of Austrians employed in the genocide of the Jews.
Prior to the First World War, Jews had made up 10% of Vienna’s population,but  a much larger proportion of those prominent in business and   cultural affairs. This generated jealousy. They were seen as big beneficiaries of liberal modernising economics, and were resented on that basis.
This is a very well written and interesting history.
Print Entry

THE FRENCH PRESIDENTIAL ELECTION.: What Effect Will It Have On Europe’s Economy?