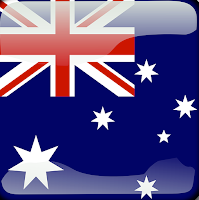 I visited Australia this week on behalf of the IFSC. I t was my first ever visit to a country, in which so many Irish people have come to make a new life over the last 200 years.
IRISH CONNECTIONS
In fact, among the first Europeans to settle in the Sydney area, were 160 convicts transported there from Cork.
I visited the impressive Parliament building of the state of Victoria to learn that in the 19th Century, two of the Parliament’s speakers were

THE ABORIGINAL PEOPLE
Although Irish people were among the first European settlers, Australia was already inhabited, for thousands of years, by an aboriginal people with their own strong traditions and values.
Initially, these aboriginal people were badly treated, driven from their traditional hunting lands and marginalised in society. Their educational performance and participation in society has lagged, and their life expectancy is still 10 years below that of the average Australian.
In this sense their position is similar to that of the Travelling Community in Ireland, and for many of the same reasons .
At public events, including at the Mass I attended in St Patricks church in Sydney, the aboriginal peoples, who originally inhabited the site in question, are formally acknowledged by name, which is good and fair thing. It may not undo the damage done, but it causes people to pause and reflect.
AUSTRALIA IS VERY DEPENDANT ON MINERALS
Income per capita in Australia is very high, $10000 per head higher than the United States, and about $15000 per head higher than Germany.
Public debt is low, about 30% of GDP.
Australia has experienced almost 22 years of continuous growth and is expected to grow by 1.6% this year. Unemployment is only 6.25%.
But the prosperity is vulnerable because it is so dependent on non renewable sources.
Minerals have been, and remain, an essential contributor to the Australian economy.
But mineral prices are volatile, and this expose Australia to booms and busts.
Extracting minerals consumes a lot of energy and, as a result, greenhouse emissions per capita are higher in Australia than in any other OECD country.
Iron ore represents 22.6% of all Australian exports, coal, 12%, natural gas 5%, gold 4%, and crude oil 3%.
So 46% of all Australian exports are of raw materials that are non renewable, and subject to volatile price movements. Iron ore prices are down now, because of reduced demand in China, and this will slow the Australian.
Since European settlement began, Australia has enjoyed three eras of long and sustained economic growth,
from the start of the Gold Rush in 1851 up to the early 1890’s,
from the end of World War Two up to the  early 1970s, and
from 1992 to the present.
Despite its large land area and low population density, agriculture plays a relatively small part in the Australian economy. Wheat and beef are less than 4% of Australian exports. Water shortage is the key problem.  Finding a way to boost agricultural production, by using solar energy to desalinate sea water, and thereby improve Australia’s food production, is a priority. The centre of Australia is largely uninhabited because of water shortage.
Services are the big components in the Australian economy, Finance (10%), Construction (9%), professional services (7.5%) and Health (7.5%) are the biggest contributors follows by public administration, transport and education. Manufacturing contributes only 7.5% of Australian GNP.
The service economy is sustained by minerals exports.
Up to the 1980’s, Australia pursued protectionist policies. The minerals boom has enabled it to abandon these without too much pain.
Nowadays, 32% of all Chinese exports go to China, 15% to Japan, and 7% to Korea. Only 5% go to the US, and only 2.4% to Britain (its traditional market). A downturn in Asia would hit Australia very hard. This is unlikely, but private debt in China has reached 200% of GDP, and Chinese residential construction has slowed down. This could dampen demand for Australian exports.
RENEWING OLD ACQUAINTANCES
During my visit, I met two Australian politicians, who were my contemporaries in politics and who I had got to know well over the years.
One was John Dawkins from Freemantle, who was a Labour politician and Treasurer (Finance Minister).
The other was Phillip Ruddock, a Liberal MP, who is still in Parliament, and was Immigration Minister, and until very recently Government Chief Whip.
While in Australia, I read an excellent book by another political contemporary.
Former Australian Prime Minister and Finance Minister, John Howard. Our times in both of those offices in our respective countries overlapped. John’s book  is entitled “The Menzies Years”, and covers Australian political history from 1949 to 1972. It is a remarkably fair minded book, and an excellent background for understanding Australia today.
Print Entry

THE CONSTANT SEARCH FOR NOVELTY IN ANNUAL BUDGETS LED TO THE 2008 CRISIS, AND IS NOT THE WAY FORWARD NOW… EXPENTITURE CEILINGS SHOULD BE REALISTIC AND MEANINGFUL