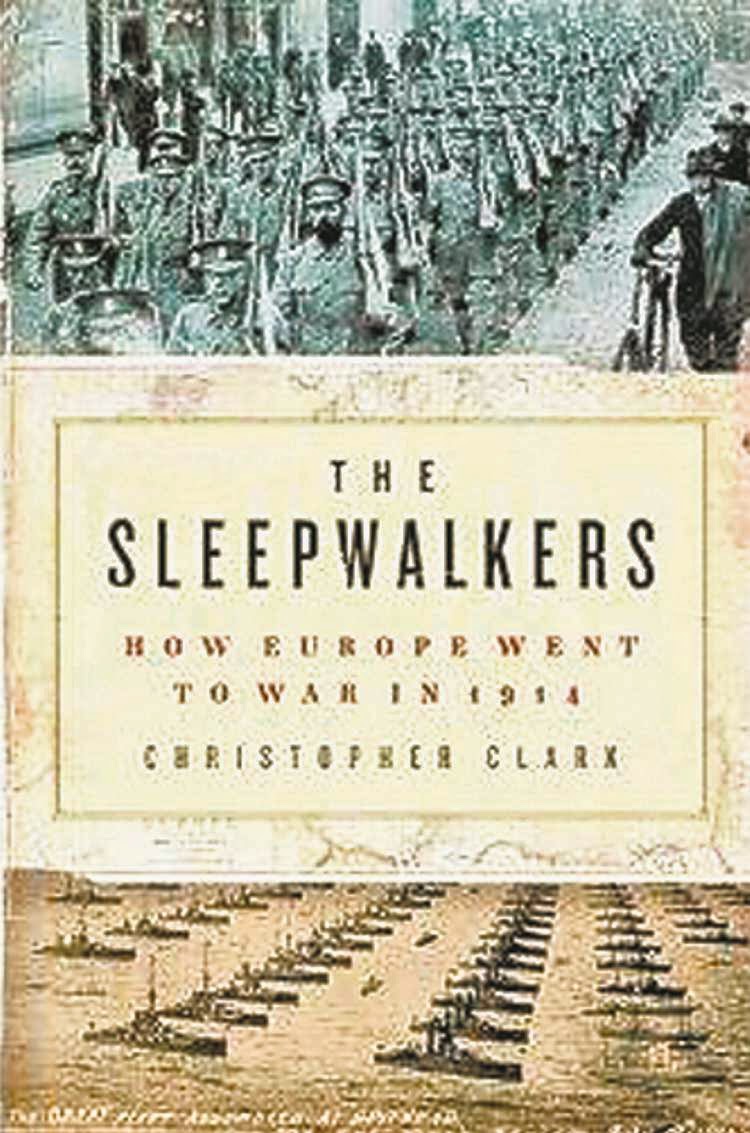 I have just finished reading  “Sleepwalkers, How Europe went to war in 1914” by Christopher Clark, Professor of Modern History in Cambridge.  He describes the statesmen who stumbled into War in 1914 as “sleepwalkers, watchful but unseeing, haunted by dreams, yet blind to the horror they were about to bring to the world”.
A web of interlocking commitments, designed to give individual countries security and peace behind their own borders, ended up tumbling the whole continent into War.
Austro Hungary had a defensive pact with Germany. Russia set itself up as the protector of Serbia. France  gave Russia a blank cheque in the Balkans because it needed Russian assurances against Germany. Britain had a rather more vague understanding with France.  It feared any Russian rapprochement with Germany because Russia could threaten British interests in India.
So, when Franz Ferdinand was murdered in Sarajevo by assassins that had come from Serbia, the possibility that all these dominoes might fall in the  direction of war opened up. But it was only a possibility.
Serbia could have taken resolute action to root out the conspiracy behind the assassins before Austria issued any ultimatum. Austria could have issued a more temperate ultimatum. Serbia could have given a less evasive response.  Germany could have restrained Austria.
Russia could have held back from full scale mobilization in support of Serbia, and France could have made it clear that it did not wish to get involved in supporting a Russian attack on Austria so long as Germany stayed out too. Britain could have said it would remain neutral in a German war with France, so long as Germany respected Belgian neutrality.
The interlocking commitments between countries that led to war were not, according to Christopher Clark, “long term  features of the European system, but the consequence of numerous short term adjustments” made in the immediately preceding years.
The War was not inevitable, but suited some leaders to pretend to themselves afterwards that it was, so as to avoid facing the consequences of some their own omissions, ambiguities and evasions.
Some of the issues involved are still current.
How does one pursue a criminal conspiracy launched from another jurisdiction? If the European Arrest Warrant was in place could Austria have obtained the extradition of some of the conspirators from Belgrade without threatening war?
Christopher Clark says Austria’s ultimatum to Serbia was milder than the one NATO issued to Serbia in 1999!
As we see a drift towards a confrontation between Russia and the West over Ukraine, the lesson I draw from this book is that leaders must not just think of the next move, but of the likely counter move, the move after that and so on, bearing in mind that nothing is inevitable until it has actually happened, and that they usually have more choices than they are willing to acknowledge.
Print Entry