ARE WE INVENTING THE PHARMACEUTICALS WE NEED MOST TO AVOID A PUBLIC HEALTH DISASTER? 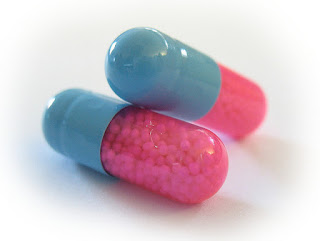 One of the big worries, of anyone going into hospital in recent times, is the possibility that  a drug resistant infection will sweep through the hospital  while one is  there, and the time spent in hospital will make one sicker, rather than better.
This was not as big a concern twenty years ago, as it is  today.  The risk can be mitigated by emphasis on cleanliness, but the danger remains, and is increasing all the time.
One reason is that dangerous bacteria have been evolving faster, and developing  antibiotic resistant strains faster,  than pharmaceutical companies have  been  inventing   new  antibiotics.
To counter drug resistant bacteria , hospitals are having to fall back on older antibiotics, some of which have bad side effects.
So far the problems have been managed by these methods, but it is easy to envisage a catastrophic outbreak, and a really large number of lives being lost across the world.
A recent article in the “Washington Post” highlighted the fact that 13 new categories of antibiotics were invented by the pharmaceutical companies in the 23 years between 1945 and 1968
But in the 44 years  since  1968, only 2 new categories of antibiotic  have been invented!
According to the Washington Post, Pfizer recently closed down their antibiotic research centre in Connecticut, with a loss of 1200 jobs.
Other areas of research are more profitable for pharmaceutical companies than research on new antibiotics to counter new  antibiotic resistant infections, and they are putting the money where the profits are to be made. Pharmaceutical companies are businesses, and there shareholders want a financial return.
Research aimed a inventing drugs aimed at preventing or treating chronic conditions is more profitable, because those drugs  will be  used more often if they work,  than is research aimed at developing new antibiotics to deal with the rare, but catastrophic,  events that occurs  when there is an outbreak in a hospital of infection by an antibiotic resistant bug.
All  new medicines are incredibly expensive to research, test ,and have approved(about  100 million euros each),  and a high proportion of them never make any money, either because they do not work in the  way  hoped for, or they are beaten to the market by another  medicine from a rival company.
So , if a company can make ten times as much from  researching  a new  treatment  for a chronic condition,  than  it can developing  antibiotics, it is no wonder that  new drug resistant bacteria are winning the war in our hospitals.
Perhaps it is time to find a new way of setting priorities in pharmaceutical research.
Would it not be better for pharmaceutical companies to come together and pool resources to do research on medical problems that are of major public health importance, but which yield less short term profit?
Should the European Union, and governments generally, do more to ensure that public money, and tax concessions for R and D, are devoted to  less profitable, but potentially more severe, medical issues, like antibiotic resistance?
Print Entry