A VISIT TO INDIA 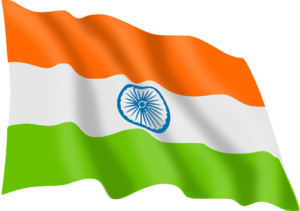 I am in India this week for a series of meetings.  I met the Minister of State at the Prime Minister’s office, Dr Jitendra Singh.

At the moment , India has the fastest growth rate of any major economy in the world…7.5% pa.

This is driven in part by the youthfulness of its population. Half of India’s 1.2billion people are under the age of 25.

Unlike China, which has been restricting birth rates for years, and will soon see a contraction of its workforce as more people reach retirement age, India will see its available workforce continue to grow for the next generation or more. This gives India almost limitless potential for growth.

But the key word here is “potential”. Unless India’s young people get the right skills for the modern world, they will continue to live in relative poverty.

India has some great companies, but not enough. Only 10 million Indians are employed in companies with a workforce greater than 50 people. A large pool of people are still work in farming . Farming has had two bad years in a row because of drought, which has caused real hardship. That said, India has more internet users altogether than has the United States, and its city roads are clogged with cars.

India is a highly decentralised country, and policies vary widely from state to state. Some states have gone much faster than others in facilitation the setting up of a new business. The World Bank recently highlighted  this.

Of 98 recommendations to improve the business environment, there was

Divergences like this are also to be found between the states of the EU in respect of recommendations for economic reform.

Skill development is a key to the development of India, and a robust and reliable system for certifying training and skill levels could make a dramatic difference.

The current government of India, led by Narendra Modi is strongly in favour of opening up the economy. He is also determined to stamp out corruption, the black economy and tax evasion.

His action, this week, in taking certain large denomination bank notes out of circulation is designed to force people to exchange these notes in banks and thereby bring the money into the white economy and under the supervision of the revenue authorities.

Modi is in a strong position because his BJP party has an overall majority.