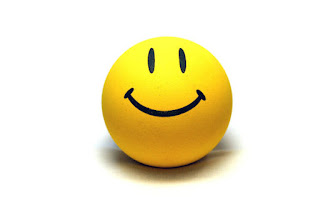 What is needed to restore growth to Europe’s economy?
This is a critical question for Ireland.  The financial viability of any country with substantial debts, depends on the inter relationship of three factors
It looks as if the ECB and the US Federal Reserve are going to  keep interest rates low for a long time to come and there is little risk on inflation in the  short term. So condition number one for a return to financial viability is being met. This is the big difference between now and the 1980’s when international interest rates were kept cripplingly high.
The third condition has yet to be met.   While the Government is meeting its immediate EU/IMF targets , but Government spending still exceeds Government  revenue by an amount that is greater than the  amount  being spent on paying interest on existing debt.
That is why reducing spending and increasing revenue are still such a priority.
But what about the second condition, growth.
The longer term(2016 to 2025) growth potential of the Irish economy is better than most EU countries because of Ireland’s age profile, its type of industry and its general flexibility. But, in the shorter term, things are not so good. Growth projections have had to be reduced because of a decline in international trade.
So, in the absence of a boost from international trade, we depend on the production of credible policies to boost the European growth rates, independently of what is happening in the rest of the world.
In the late 1930s the Great Depression in Europe was ended by a surge in investment, in armaments. Not a cure we need to use now!
But perhaps there is another form of security related investment that would make sense for Europe today……..investment in climate security?
Climate change is happening, and it is a threat to the lives of  millions of people, especially in drought  ridden part of the world. Our Long term ability to feed ourselves is being put under threat. The depletion of phosphate and potash resources  mean that soil conservation, and the avoidance of soil loss through climate change, should be a top priority, if we want to be able to feed the  9 billion people we will soon have  living on our globe.
In the 1990’s, the EU set itself a goal of reducing CO2 emissions by 2020 to 20% below their 1990 levels. Thanks to the recession, that goal will now be easily achieved in most countries.
The German Ministry of the Environment commissioned a report in 2011 which  suggested that  the EU should scrap the old 20% target as too unambitious, and set itself a new target, to reduce CO2 emissions to 30% below the  1990 level by 2020, and accompany that new target  with a major  EU wide investment programme in cogeneration of heat and power, insulating all older buildings, enhancing the power grid, and  building new wind turbines.
The report suggests that this investment programme would increase the growth rate of the overall EU economy from  a potential 2.2% to 2.8% .
In Germanys case, it suggests the unemployment rate could, as a result of the additional investment, be 2.9 percentage points lower than it would otherwise be, and in Ireland’s case, unemployment could be  3.3 percentage points lower.   Detailed estimates are produced for most EU countries
The biggest potential increase in employment identified in the report  was be in the construction sector, a sector in which Ireland has  substantial under used resources.
The detailed measures proposed in 2011 report undoubtedly need further work and updating, but they provide a basis  for injecting some hope into the debate about Europe’s future and a sense that we are taking charge of events again.
It would be a good idea for this German paper of 2011 to be put on the agenda for the EU Summit of December 2012.
Print Entry