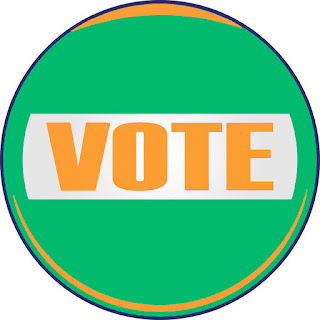 The International Financial Services Industry provides 33,000 well paid jobs. In the past 10 years employment in the industry has risen by 400%. No other industry can match that performance. It  contributes 1 billion euros in Corporation Profits Tax and 0,7 billion in payroll taxes to the Irish Exchequer.It consists of 500 separate firms in range of different sectors . These a mobile jobs. They are here by choice. And they can leave by choice. They are here because we have built a talent pool in Ireland, in the relevant specialist fields, that is second to none. Basically these jobs are here because people feel that their money is safe here. They have confidence in us.  That confidence is not something one can put in the bank. It has to be earned  over and over again, every day, as people in this industry travel the world selling  this country, and their business here in this country.One of the reasons this country has succeeded is that it is in the European Union. In fact the biggest single component of the IFSC in jobs terms is the funds industry, and the funds industry has developed here around a special, EU devised, product, the UCIT.  Without that EU devised product , the funds industry here would have much fewer employees.So staying on top of our game in Europe is very important to IFSC.THE ONLY NOVEL ELEMENT IN THE FISCAL COMPACT WILL NOT IMPINGE ON IRELANDIn that context, I would like to say a few words about the referendum on the Fiscal Compact Treaty.  The only really novel element in this Fiscal Compact Treaty , the only element that is not provided for in EU Treaties the Irish people have not already endorsed, is the requirement to have a structural budget deficit of no more than 0.5%. This will be an important discipline on other countries who may be tempted, at some time in the (probably distant) future, to embark on boom and bloom economics, of the kind Ireland engaged in from 2002 to 2007.  But the 0.5% limit will make no difference to Ireland itself for the next 20 years, because we will have to run structural surpluses every year anyway, simply to get our debts down to levels we agreed to long ago in the Maastricht Treaty ….a debt to GDP ratio of 60%.A NO VOTE IS   A VOTE FOR  SHARP AUSTERITY Advocates of a NO vote are falsely claiming that a No vote is a vote against austerity. The direct opposite is actually the case.  A NO vote would be a vote for more austerity, not less.  It would be a vote for cuts and tax increases. It would be a vote for higher interest rates. Because a No vote would deprive us of a right to apply to the European Stability Mechanism for funds, we would have to borrow, if  at all, at higher interest rates from private investors, unless of course market perceptions of Irish public  finances improve significantly.  As it stands, even if we had no debts at all, and thus had no interest rates to pay on past debts, we are today spending about 10 billion euros more per year on public services, than we are taking in this year in tax.  In economic jargon, we have what is called a primary deficit.   Having a primary deficit makes a country vulnerable.Because it would drastically reduce our borrowing options, I believe that a NO vote could, if global lending conditions for Governments were to disimprove for reasons that could be completely beyond our control, put us in a position where we had to eliminate that primary deficit almost immediately, because of the general loss in confidence in lending to Governments with financial problems. If we deprive ourselves of eligibility for the ESM, we could then find ourselves having to manage or finances, as a nation, on a cash basis. We could only spend on any given day, the cash we had in hand that day, so to speak. That would require devastatingly sudden tax increases and expenditure reductions to get our cash outgoings down to level of our cash incoming. A CHALLENGE TO ADVOCATES OF A NO VOTEI challenge the NO advocates to say where they might find that 10 billion euros, to eliminate our primary deficit, if we have to, because we have rejected eligibility for the ESM, and cannot borrow anywhere else, other than at exorbitant interest rates. Because a No vote would deprive us of a right to apply to the European Stability Mechanism for funds, it would certainly mean that we would be forced to borrow at higher interest rates from private investors.  Because of our self inflicted ineligibility for the ESM, the risk premium on lending to Ireland would be increased because those lending to us would know that we had no fall back position. I ask those who advocate a NO vote how they would explain to people on waiting lists, that they would have to wait longer for their operation, because the money that should have been there to pay for their operation, is instead having to be diverted to pay extra interest rates on loans, extra interest rates which had been brought about by our NO vote.To use the analogy of a household, advocates of a NO vote are asking us as a household to take our custom away from the Credit Union, of which we are a longstanding member and which is helping us through a bad patch, and to place our fate in the hands of the moneylenders and loan sharks.Speech by  John Bruton, President of IFSC Ireland, at an IFSC event in  the Stock Exchange, Dublin  at 5pm on Thursday 25 April
Print Entry